Thank you to Stephanie, David, and Jeff at The World Of Myth Magazine for publishing my poem this month. 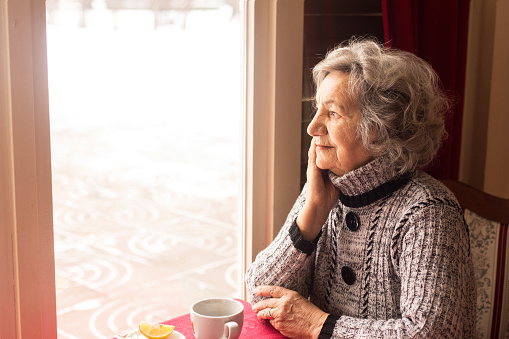 The Tragedies Of The Last Ice Age
By: Linda Imbler

Erratic boulders, serpentine eskers,
the fits and starts of quarantine's dissolution.
Separately, folks are weathering the glacial age,
doing their best to escape extinction within the spread,
as hunter-gatherers of peace and prosperity
strive to avoid any fall through the ice.
Successive waves of harsh, bone-chilling
standpoints and frames of mind
invade our freedoms.
Rights and protections as written
by the language of our elders,
frozen out, all while disrespecting those heroes
who never had the luxury of staying in their caves.

Posted by Linda Imbler at 7:45 AM No comments:

Thank you to Dagmara K and her team at Spillwords for publishing my prose today. 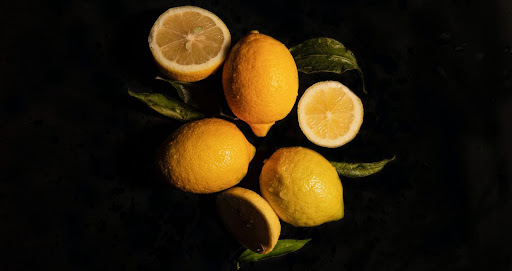 SOMETIMES IT TAKES SO LITTLE TO BREAK A HEART

I walked into the store feeling perfectly chipper. I was stopped in my tracks by what was in front of me. I reeled out as a blubbering mess. I drove home with gushing, swollen eyes. You see, Walmart had lemons. A huge bin of that brightly colored and small sized fruit.

She had lemons in her fruit basket when we stopped by the house after we buried her only six weeks ago. Five small lemons. That number had not appeared significant then. But today, was it just a coincidence that there had been one for each of us kids? Also, it had occurred to me only yesterday, that isn’t six weeks a reasonable amount of time to begin adjusting to such a loss? I must be on my way to healing.

Posted by Linda Imbler at 6:05 PM No comments:

Thank you to Agron Shele of Atunis Galaxy for publishing my "what if" poem. 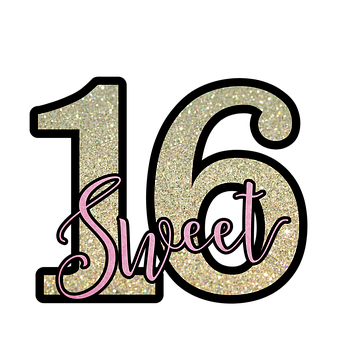 How would human behavior change

if our life expectancy was significantly decreased

Would there be greed if a want went beyond basic needs,

knowing full well they can’t take it with them?

We only imagine as adults

that sometimes we have reached another.

In this shorter life, would we finally begin

to understand each other as only children do?

There would be the same sadness of lost days,

just not as many,

and each reminisce would be just as deeply felt,

at the bend of each year,

as the end draws closer.

Yet, I also imagine

that these children will study shadows

to learn the truth of light,

shining on each kid’s unique ties to others.

And, to childhood’s end,

there would be an unusual intensity of seeing,

in love itself, a transformational magic

that only the young can create.

Posted by Linda Imbler at 3:49 PM No comments:

Thank you very much to Strider Marcus Jones of the Lothlorien Poetry Journal for publishing three of my poems today. 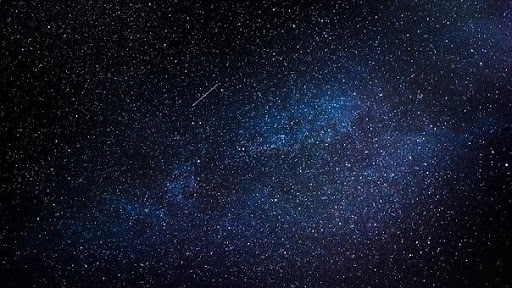 A Wash Of Stars

There was a great tremble

What could terror rend?

A wash of stars fell.

but we were too decisively assailed upon

to the calculated atonal hammering

even the ears of the deaf.

And the new stars gleamed. 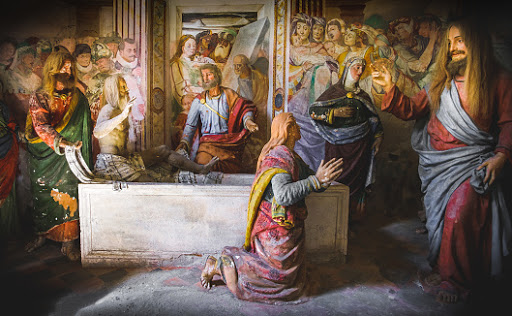 The once dead Lazarus

wakes, stands up, steps over

the dull coins that fall from his eyes.

He feels the power of his old death,

which came without warning,

and supposedly no remedy,

as a dreamy memory.

His awkwardness falls away as the vanishing heaviness,

once laid upon him, becomes forgotten.

the hazy straitjacket of his passing,

the ratification of his death is repealed.

He greets Joshua like a friend from the ages.

When one helps you rise,

it is one’s duty to transform

into a courageous, yet genteel gentleman.

Although even as a corpse,

he behaved quite well. 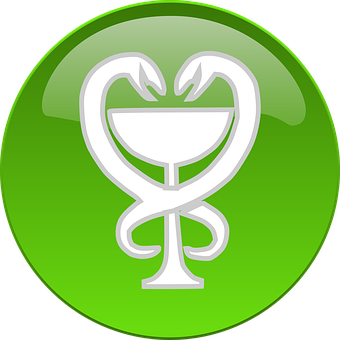 confident there will be no wounded effect,

each a fortunate recipient of protection of faith

as you spell out all your sins,

and give a fitting commitment,

expressing penitence to other worthy ears.

Within a bottle of absinthe, something sinister lurks.

Those who partake return with a stranger’s face.

The endless green of liquid jade,

Flowing heaven or hell on earth,

from each a power overcomes.

A power to feel something grand,

but too much of either is a dangerous thing.

Posted by Linda Imbler at 8:57 AM No comments:

Thank you to all the editors at the marvelously mad publication, Mad Swirl.

They published this poem in their July issue. 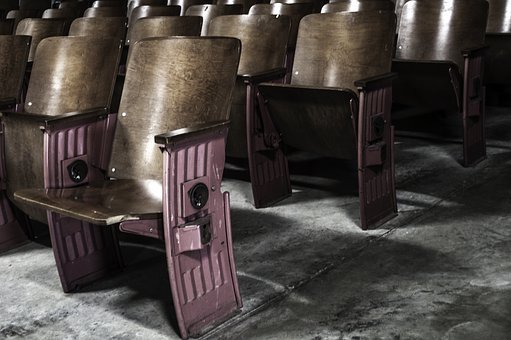 That sad day when she had no will of her own.A birthday cake pop-up,but wearing a mask, wearing a TRUE mask,troubled in a bikini.

Try screaming louder.A $700 an hour who?Leave the earth, after cocaine.Delete, delete, break your silence.Flash, flash, she should flash her midriff.

Leather pants, still single, why so sad, why so serious?An illusion that will not die.Cozy, cozy, after a terrible fall.

Rent, rent, rent, the world has changed.One hour before his death,still no will for the one who raised the bar.

Posted by Linda Imbler at 8:57 AM No comments:

The radio interview I did last night with host Scott Thomas Outlar was so much fun.  You can click on the link on the right-hand side of this page under the heading "Radio" and be taken to the site to listen to the show in its entirety.

This was such a blast. Scott had great questions. I appreciated hearing from the callers. Shout out to Tim who I know was listening. Hope everyone gets a chance to have a listen in the days to come. Much gratitude to all. 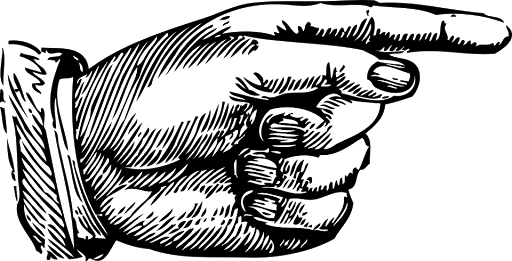 Posted by Linda Imbler at 10:30 AM No comments:

Thank you to Soma Publishing for this beautiful ad about my guesting on Songs of Selah with the amazing Scott Thomas Outlar on Monday, July 12th at 6p.m. EST. 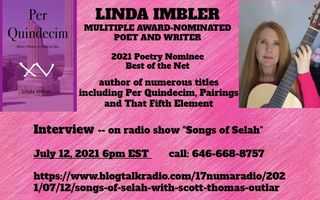 Posted by Linda Imbler at 8:33 AM No comments:

Per Quindecim Ad by Soma Publishing 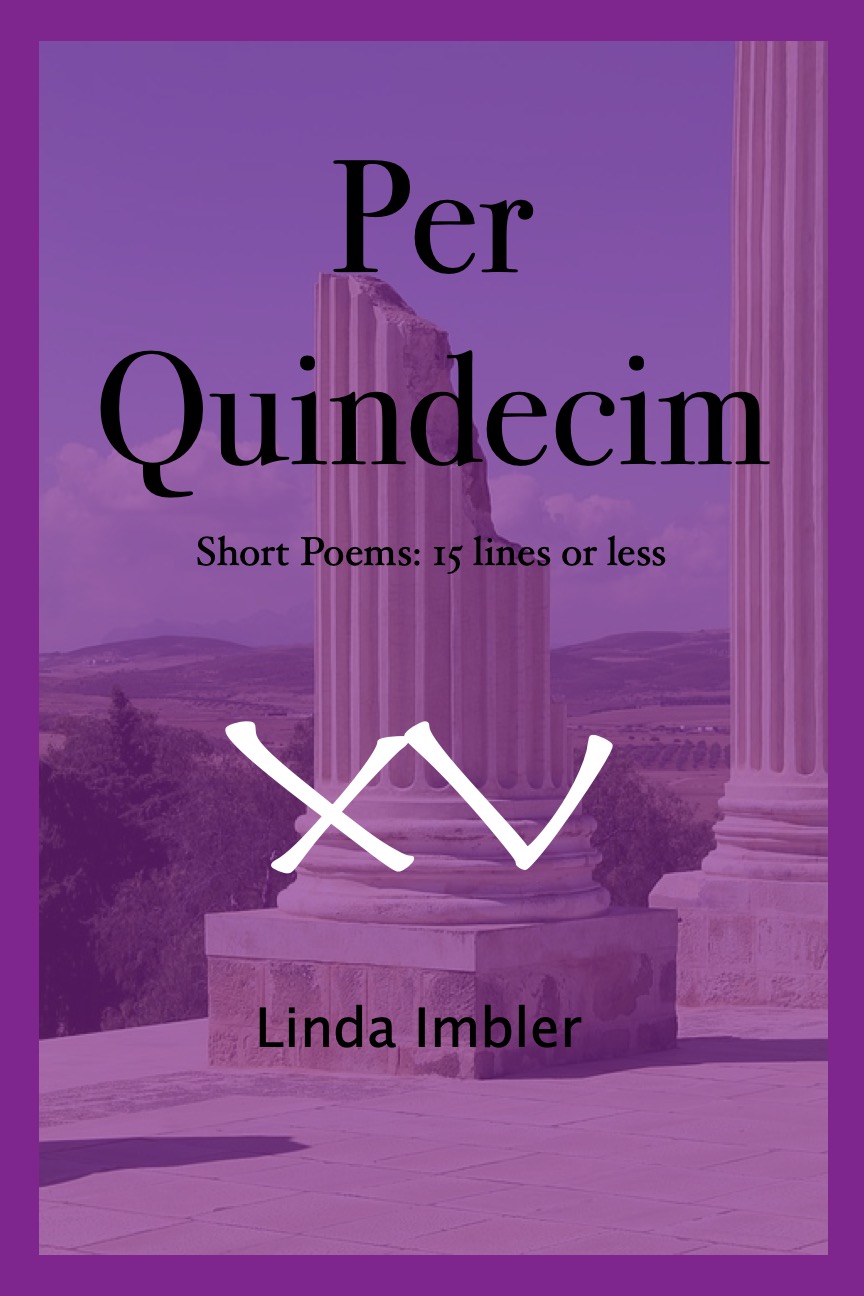 Linda Imbler
On May 17, 2017, my first poetry collection, "Big Questions, Little Sleep" was published on Amazon in paperback and Kindle versions.

Did you know that with the free Kindle app you can read any
e-book on any device (computer, phone, or tablet?)

Here's How To Do It:

Install or Update the Kindle App on Your Computer
Go to www.amazon.com/kindleapps.
Select Download for PC & Mac.
When the download completes, follow the on-screen installation instructions. 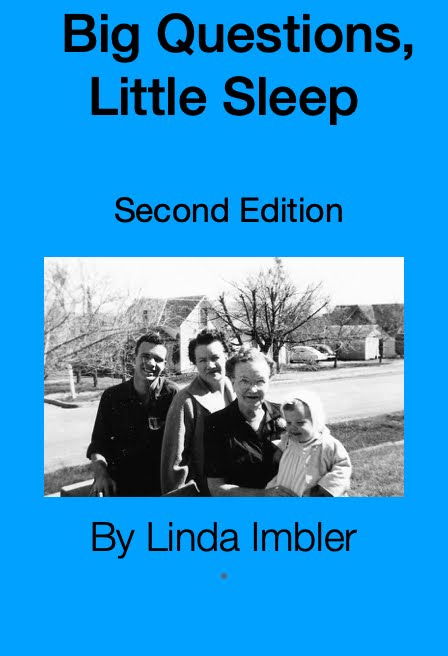 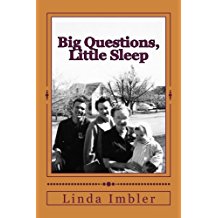 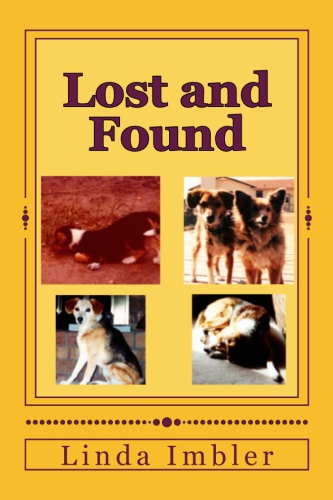 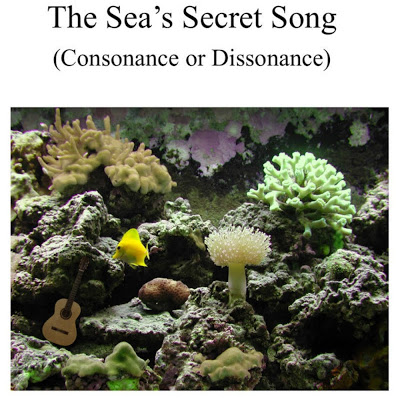 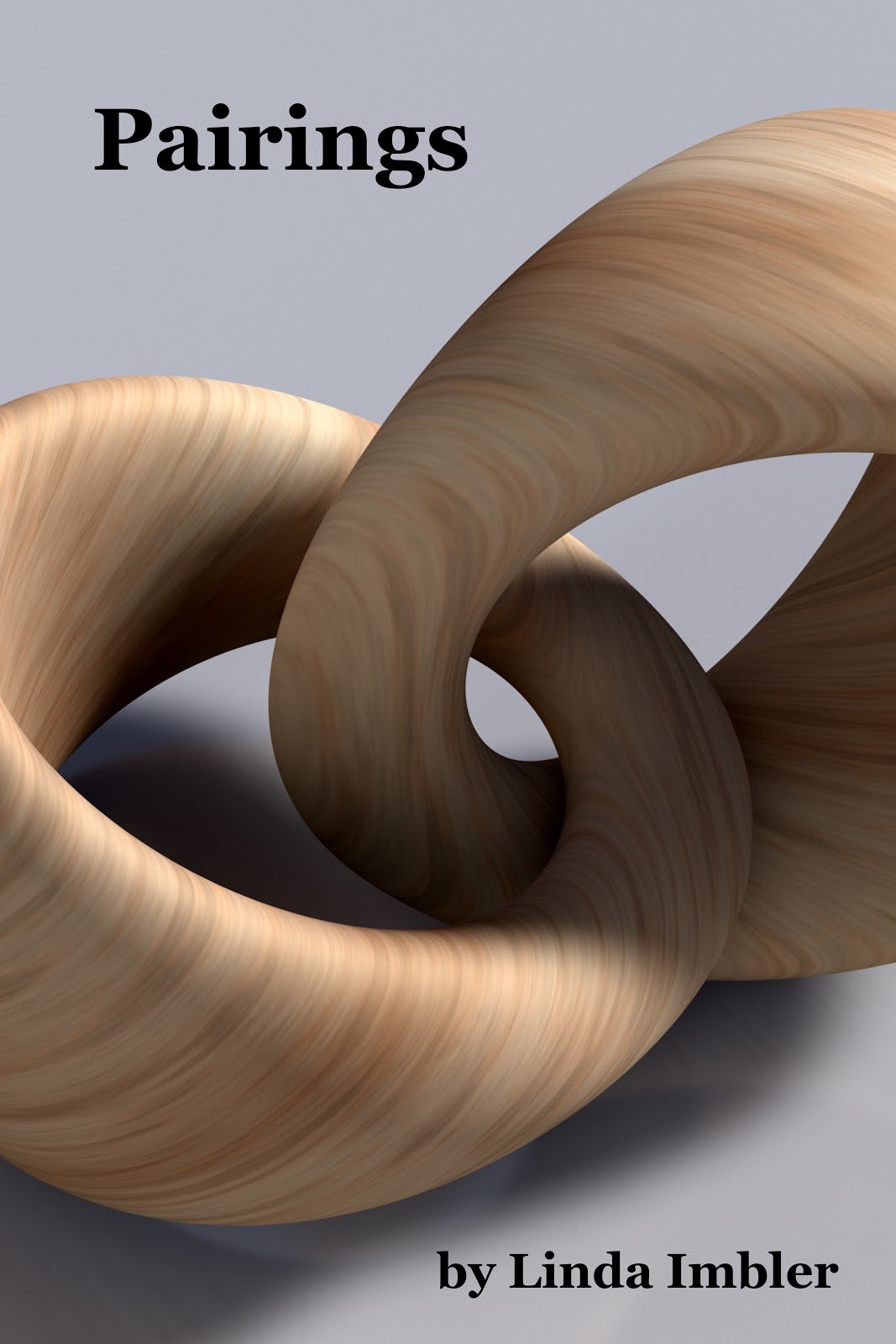 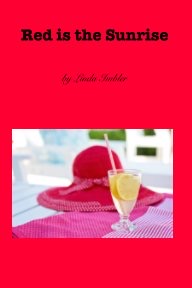 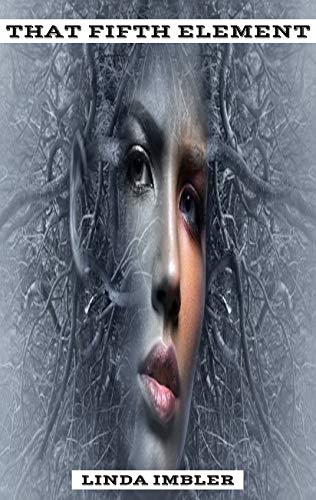 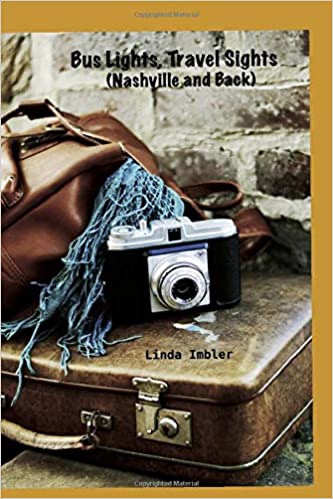 My Poetry Published At:

My Short Stories Published at: